The General Body meeting of the Sanghamitra co-operative Society was held on 19TH May 2019 in the society hall. Members assembled at 10.30 am and due to lack of quorum, the meeting was adjourned till 11.30. The meeting commenced at 11.30 am.  The President called the meeting to order and welcomed all members who were present. Then he requested the Secretary to proceed with the agenda for the day.

The Secretary shared the following agenda for discussion and the agenda was confirmed:

3.       Discussion on Repair work to be undertaken and the approval of the General Body

Agenda 1. Report of the secretary:

Mr. Surendra Garg  presented the report of the secretary narrating various events and the works carried out by the Management committee after taking charge in January 2019. The report highlighted the following:

·         Streamlining of member wise ledger, Updating of accounts and procurement of licensed tally.

The members appreciated the report of the Secretary’s report.  After various discussions the following decisions were unanimously arrived at:

MC will review the parking facility for third car as well as to increase the parking charges for second / third car.  This will be discussed in the MC meeting and the decision will be communicated to the members. MC will also mark parking spaces to guide members  to park their 4 wheelers properly.

Further, Members are advised not to block the parking space / blocking of vehicles of others and also requested not to keep two wheelers in car parking space.

After a full discussion, it was resolved to charge for water using slab system

The above will come to effect from 1st of June 2019. The detailed circular is being sent out to all the members.

A notice will be put up for removing unused old Bikes/Scooter/ Cycles blocking the way, requesting members/residents to identify and remove them. Similarly Members/ residents will be requested again to remove goods/ storage materials kept by them  in public spaces like corridor/ staircase and open terraces. For this two week ( 15 days) time  will be given to residents to remove these articles so as to make Society clean and habitable. Members / residents are requested to cooperate and support.

iii)     Hence a proposal was made to increase the monthly maintenance cost by Rs.250/-. This will be effective from 1st April 2019.

After discussions, the following decisions were approved unanimously

The budget proposal was provisionally approved with an increase of Rs. 250 per month for the maintenance charges subject to the following:

·         The members will be given a week’s time to review and respond if they have any concerns / suggestions.

Further to the above the following decisions were also made:

·         Procedure for issue of Receipts for all payments will be streamlined.

·         The outstanding with few members will be discussed with individual members to sort this out and reconciled.

·         Efforts will be made to recover all outstanding dues from the members.

·         The regular bills should also contain outstanding dues from members.

Agenda 3.  Repair works to be undertaken.

·         Ceiling Plasters of Lift Corridors and both staircases (Wherever required) and top of parapet walls on 16 terraces.

·         Grit Wash repair, wherever required urgently (to be decided by MC after making inspection).

·         And white washing of common area wherever required.

For all the above works AGM approved an estimated cost Rs. 1,800,000 (eighteen lakhs) and each member would be charged Rs. 20,000. The same may be collected in four installments as given below:

For identification of areas and locations of repair work, following members volunteered, one from each block, who will report to office bearers:

Agenda 4: Any other matter:

Green Cover: MC has submitted an application to Park and Garden Society, Govt of Delhi Government to get the eligible grant of around Rs 29000/-per annum to increase the green cover and planting additional plants. All plants in the society premises will be regularly watered and taken care.

As there were no other agenda points, the President thanked all the members for their cooperation and support and formally closed the meeting.

For and on behalf of Sanghamitra CGHS.

Sanghamitra Apartments registered as Sanghamitra CGHS Ltd is located at Plot No. 20 Sector 4, Dwarka. The society houses spacious 92 residential units. It is located on the main axis road that connects Dwarka to Najafgarh. Dwarka International School is located at a distance of 5 mins from the society. Ashirwad Chowk is at a distance of less than a kilometer from the society where the famous Ayushman Hospital is situated along with other famous eateries and shopping brands. The society has adequate recreational and play area. This gated society has proper security measures in place 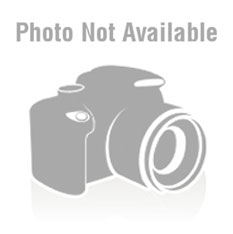 Read More
Mr. PT Joseph is a founder member of the society since 1985. He is an active member and has been secretary for 3 terms.

Haven't you downloaded the Azore App yet?

Download Azore App and Stay connected to your Society from anywhere in the world!